Why monopolies and monopsonies are better run as cooperatives 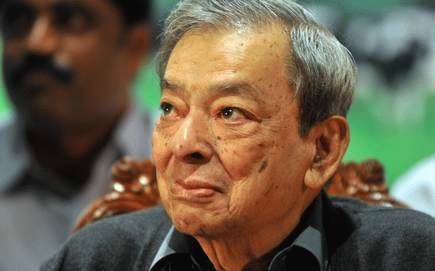 Which one of these stores will act in the interest of the consumers?

Cooperatives are also widely used to fix a reverse market failure of a monopsony, where there is only one buyer. The producers can join together as a producer cooperative and refuse to sell their goods below a certain price. This helps explain why we see massive producer cooperatives, such as Amul, the largest food brand in India owned by around 3.6 million milk farmers.

In other words, when there is no “exit” option, of customers holding the shop accountable by doing their business somewhere else, cooperative businesses make more sense than a shareholder business.

In the digital economy there is a tendency towards market concentration through what is known as the “network effect”. People join Facebook because most of their friends are there, making competition difficult and driving the market towards concentration.

The network effect also drives businesses towards “blitscaling”, where losses are subsidised with investors money in order to grow the market share. Uber is making 800 million losses per year, but the investors are okay with it as long as more people are using the app, because that means it can take better advantage of network effects and make larger future profits.

There is a good case to be made that ‘blitscaling' is often survivorship bias masqueraded as a strategy and has led to the bankruptcy of many businesses that would have been profitable had they taken a different approach. The fact that a record share of 81% US companies that went public in 2018 had lost money in the last 12 months has made many question whether we are repeating the dot com boom crisis, which was also preceded by record number of IPOs with negative earnings.

The dilemma for platform cooperatives is the following:

1. The cooperative model is better suited for monopolies and monopsonies than shareholder businesses.

2. The cooperative model is less suitable than a shareholder business at growing market share while making a loss, as it is difficult to have outside investors subsidise the initial losses.

Coop Exchange enables cooperatives to seek outside investment while maintaining the democratic membership control of the cooperative by not giving the investors voting rights. While the ‘blitscaling’ strategy has its problems and is often taken too far, but having less access to investment is a disadvantage that platform cooperatives currently have. This may partly explain why we don’t see more cooperatives in many industries, although businesses in those industries might be more beneficial to the stakeholders if they were run as cooperatives.

Coop Exchange will not be the right way to obtain funding for certain cooperatives; it simply widens the options available for cooperatives to access funding. A housing cooperative can use the property they buy as collateral to obtain a loan, but a platform cooperative can’t do the same with a piece of software. This is why Coop Exchange can help expand the cooperative sector to industries where they are currently rare or non-existent.

Coop Exchange is also structured to benefit small investors, and ideally we will see the platform cooperative movement be based more on having a large pool of smaller investors, in contrast to Silicon Valley, that is more dominated by big venture capitalists. There are two main structural features that benefit the small investors:

By removing the disadvantages that platform cooperatives currently face, Coop Exchange can help build an economic system where the stakeholders, whether they are workers or customers, can democratically hold accountable those who make decisions affecting them.  We have the potential to turn digital platforms from a force that suppresses and manipulates democracy into a force that embraces and supports it. We want the internet to be a space where users own the value they create, instead of being products that are sold. Our mission is to beat the 1% at their own game and do so in a way that changes the rules of the game.