As cooperatives grow in the number of members, the share of members participating in its governance tends to decrease. This, however, is not an iron law of nature, but rather a tendency that can and should be avoided. Here are 10 examples of big cooperatives increasing their member participation.

Three examples of incentives for voting

One way to increase participation in cooperative elections is by donating to a charitable cause for every vote cast. For example, in 2009 three quarters of building societies in the UK did so - ranging from 10 pence to 2 pounds donation per vote. Tipton and Coseley Building Society increased their voter participation more than ten-fold, from 1.7% to 18% between 2002 and 2009 by introducing donations per vote cast, online voting and pre-paid reply envelopes.

Consumer cooperatives typically have loyalty programs where members earn points when they buy goods or services from the cooperative. The cooperatives often distribute their profits to their members according to the points earned. Some cooperatives also reward points to members who participate in the democratic processes, such as Coomeva, a Colombian cooperative group with 265,000 members that consists of 16 cooperatives in diverse sectors, such as finance, health, insurance and recreation.

A third incentive for voting are lotteries. For example, the leading retailer and the largest private employer in Finland, the HOK-Elanto cooperative, gave away vouchers ranging from 100 to 12,000 euros to members who voted in their 2016 elections. Although the lottery was surely not the only factor, the voter participation in those elections increased from 21% to 26%, with over 150,000 members casting their vote. 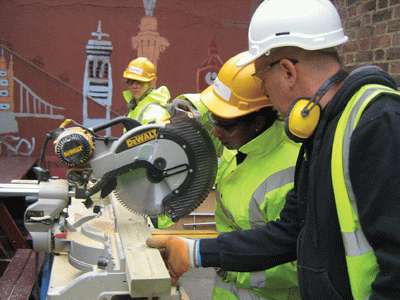 Participatory budgeting refers to a process where a budget is allocated by a group of people using one-person-one-vote. An experiment was conducted in Indonesia where a group of villages were randomly allocated to use either participatory budgeting or representative democracy to use a budget of around $9000. It demonstrated that even though the money was used in a very similar manner, the residents were much more satisfied with how the money was used in villages that used participatory budgeting. It also fits perfectly with the cooperative principle of one-member-one-vote.

Many cooperatives use participatory budgeting to allocate their charitable giving. For example, the Nationwide building society gives out grants of between £10,000 and £50,000 to projects that seek to tackle housing issues, allocated based on member votes. Most of the projects funded have to do with providing shelter to the homeless or survivors of domestic abuse.

There are also examples of participatory mapping. For example, the UK Co-operative Group involved its members in choosing where to open 300 new stores through digital mapping tools.

One way to increase member participation is by the Co-op Kobe, a Japanese consumer cooperative. Very little information exists about it in English, but the coop has invested around $1 million to a system through which those without a smartphone can “order” tasks that they would like help with (such as taking out the garbage). The co-op will then mail some QR codes to stick on the “task”and will send push notifications to those who have registered to help in the area. Whoever does the task scans the QR code and gets credit at the coop.

The Swiss cooperative Migros has around 2 million members and is the country's largest retailer, largest private adult education provider and the largest fitness club chain in the country (the 2nd largest in all of Europe). It also has an online community called “Migipedia”, where members can give feedback on their products. It had 138,000 registered members in 2018, whose ideas have led to the creation of 82 new products, including Blévita crackers with gruyère cheese and syrup with mojito Leisure aroma.

The Finnish OP Financial Group, a coop which also happens to be the most widely used bank in the country, with around 2 million members, also has an online community. One cool idea proposed by an ordinary member has been the OP group-buying platform that enables businesses to sell products to OP members. The more members there are that place an order for a product, the cheaper the price gets for everyone.

One simple way to increase participation in annual general meetings is to simply stream it online. The Nationwide building society was the first British financial institution to do so.   Another is to give members opportunities to mingle with the directors in a more meaningful way than just asking audience questions.

For example, the Newbury Building Society saw its AGM attendance increase five-fold when it held an informal “Meet the Directors” session over a sandwich lunch.