The rise of private equity

In its broadest meaning, private equity simply refers to ownership of a business that is not sold on the stock exchange. The industry is booming - between 1994 to 2019, private equity funds increased in size no fewer than 37 times. There are now 22 private equity billionaires - up from 5 in 2005. This lucrative form of business consists of two main branches, venture capital and leveraged buy-outs. 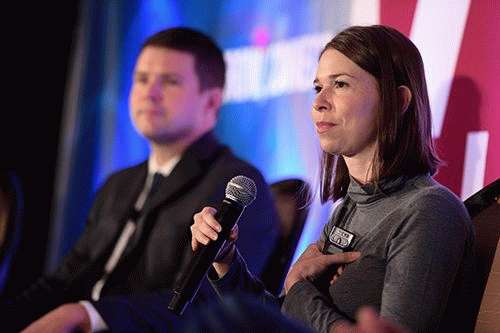 Venture capital refers to high risk investments into early stage businesses, typically in the technology sector. Many of these businesses end up failing, but a few make big returns through breakthrough inventions.

A few months ago, Savvy became the first cooperative in the US to receive venture capital investment. Savvy has been covered in this blog twice before (here and here) and is a brilliant venture. It is an online platform, founded in 2017, and owned as a co-operative by the users. It enables members to become participants in (mostly medical) research by connecting them with researchers. These might be phone interviews, product testing or online surveys.

The compensation received by the gigs is significantly above the minimum wage - for example, there have been gigs that offer $75 for a half-hour phone interview for those who regularly drink health beverages. Some of them are more intensive - such as a gig that offered $9000 for people willing to take part in a sleep research project that required participants to spend 3 weeks in an institutional setting.

The investors of Savvy have no voting rights, and the investment was approved by a vote by the 500 Savvy members. The idea is that it will be the last outside investment the cooperative will ever need.

The logic of leverage is simple - if you make $1 by investing $10 of your own money, by taking an additional $10 loan, you can invest $20 and make $2 instead. The main concern would be the interest on the loan - but until a few months ago, the interest on such a loan was tax deductible, incentivising leveraged buy-outs.

The first large scale leveraged buyout happened in 1982, when William Simon, the former secretary of the treasury, and his two partners bought Gibson Greetings, a greeting card producer. They bought it for $80 million by lending $79 million from Barclays and General Electric, with each of the three partners putting down only $330,000 of their own money. After the acquisition, they paid themselves a special dividend of $900,000 and made $4 million selling the real estate assets of the company. After 18 months, they took Gibson public during a bull market, selling the company for $270 million. Simon made $70 million from the deal, with an investment of $330,000. This type of return was phenomenal, and launched a boom of similar deals that continues to this day.

For the advocates of leveraged buy-outs, it is buying businesses that are not living up to their full potential and making them better. For the critics, it is abuse of tax and regulatory loopholes (especially on bankruptcy laws) to loot companies for short term benefits of the shareholders.

Applying the idea by buying businesses and reorganising them could also be applied in an entirely new way - by reorganising them as worker cooperatives. Indeed, the first example of this happening occurred recently, when Obran cooperative bought Appalachian Field Services, a home renovation and property management company employing people who have experienced problems with substance abuse. The business will be converted into a worker owned cooperative, and become a subsidiary of Obran alongside two existing worker cooperatives - Core Staffing, a staffing agency of formerly incarcerated worker-owners, and Tribe, a cooperative of tech workers. This blog has covered these two cooperatives before here and here. Together these cooperatives own Obran, that has a nine member board of directors, seven of whom are elected by the workers and two by investors.

First step of a radical transformation?

These pension funds are increasingly utilising their assets to fight for their workers - whether by requiring the infrastructure projects they invest in to use unionised labour, using their shareholding power to vote down excessive pay for company directors or disinvesting from environmentally unsustainable ventures.

In 2018 alone, the public pension funds increased their assets by $210 billion - if 0.1% of that increase, or $210 million would have been invested in worker cooperatives, it would be the equivalent of investing more than $300 000 to every worker cooperative in the country.

In the UK, the Lancashire Public Sector Workers pension fund invested £12 million into a solar cooperative that will power 1,400 local houses. This indicates that the fiduciary duty to maximise returns is not an obstacle so overwhelming that it would make investments in cooperatives impossible, at least in the UK. It is also not clear whether the returns on investments in cooperatives would be any lower. For example, the German cooperative banks have had substantially higher returns on equity than their competitors. In the UK, companies that are more than 10% owned by employees or employee trusts have outperformed the FTSE by an average of 10% a year since 1992.

Perhaps these are the first steps towards a radical transformation. If pension funds and large cooperatives, such as the 115 million members strong US credit union movement, would mobilise their resources to invest in cooperative private equity, we might witness this massive industry transforming from a vehicle of wealth concentration into a force that will bulldoze the conventional ways of doing business and lead us into an era of a new economic system, one based on cooperative enterprises.