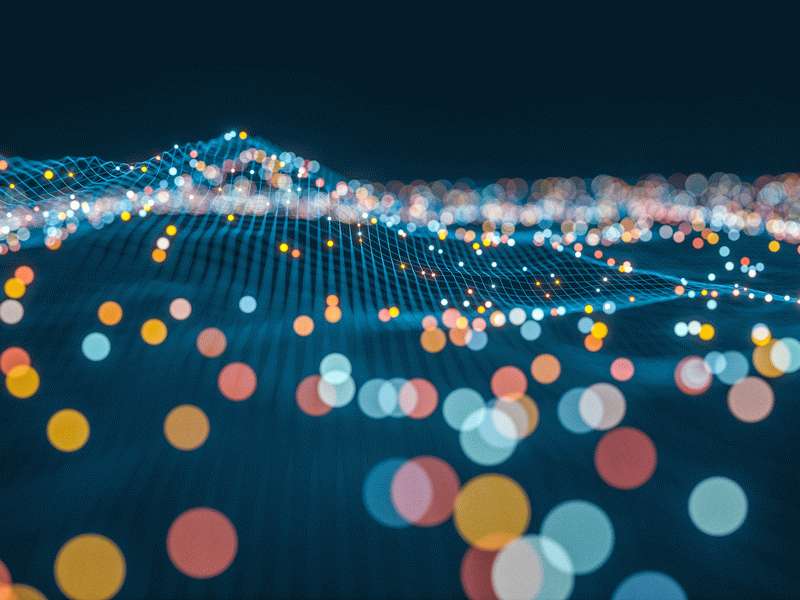 I will make a guess that there will be two trends relevant to platform co-operativism that will shape how our economic system works.

Perhaps the next decade will see a new development where increasingly different forms of ownership will make us more similar, or rather, equal, in how much we own. Early signs of this trend could be seen with Uber, Air BnB and Reddit wanting to have users own shares in the 2010s. If legislation changes from hostile to a more encouraging approach towards these sort of attempts to share ownership, it could become more common. This might also make people increasingly demand to be given ownership and voting rights when working for a gig-platform or subscribing to an online newspaper.

This diversity of ownership will happen within shareholder businesses and co-ops. Businesses will start mixing features of both ownership models, building different hybrid structures to explore what is optimal in different circumstances. Different types of co-ops will also mix, with multi-stakeholder structures that include both workers and consumers in the ownership becoming more common.

Anti-trust is moving from a technocratic bureaucracy into a popular movement supported by people who otherwise disagree, in an increasingly polarised political environment. Ranging from democratic presidential candidates to the most watched Fox News hosts, there is a growing demand for the politicians to wield the anti-trust powers they possess.

Paradoxically, anti-trust is often used with more hesitance when dealing with companies that have the largest market share than with smaller businesses with less lobbying power. Small businesses or the self-employed joining together to refuse to sell their goods or services below a certain price is often prohibited by anti-trust laws. Perhaps anti-trust law could be used to help enable small sellers of goods and services in the platform economy to use co-operatives to bargain for a better deal. Perhaps some platforms are converted into co-operative ownership to prevent monopolistic behaviour. This has some historical precedents, such as Associated Press, which was made into a co-operative owned by the newspaper. It also has strong economic reasoning behind it - it is harder for a board of directors of a shop to rip off customers using their monopoly status if the customers own the shop as a co-operative and can elect a new board of directors.

Together these two trends will seek to distribute market share between more businesses, and distribute the ownership of those businesses more equally.

Scenario 1: Merging with the wider movement

Platform co-operativism has one advantage compared to many other movements that have shaped the digital economy, such as open-source or blockchain. It is part of a 1.2 billion members strong, 150 year old movement, with a central global organisation. Open source advocates saw Microsoft as the enemy they faced alone, for blockchain it was the big banks. For platform co-operatives, there already exists a co-operative that is a bank and bigger than Microsoft in revenue, the French Credit Agricole. We do not have to build a new world - we can simply help an existing one flourish and expand.   One straight-forward example of big co-operatives helping platform co-operatives is the Start accelerator program. Sponsored by numerous large and medium sized US co-operatives, it provided 8 young platform co-ops with 2 months of mentoring and a $10 000 grant.

Ideally, this would be advocated by using the existing, imperfect democratic institutions in the large co-ops. For example, in the 16 million members strong Nationwide building society, it requires a signature of 500 people to put forward a motion. In 1998, 87% of its members voted for a motion to donate 1% of pre-tax profits to charities, which meant £11 million last year. Perhaps platform co-op enthusiasts could put forward a motion to give 1 pence per Nationwide member to fund new platform co-operatives. This would be £160 000, enough to pay for grants of an accelerator program twice the size of Start Coop.    If these democratic campaigns are tried out repeatedly across many big co-ops in different countries, sooner or later there will be successes that can be replicated and scaled. Revitalisation of the big and old cooperatives will be far from effortless, but underutilising them might be a bigger misallocation of effort.

It might be that small businesses selling and buying in e-commerce sites are in a better position to organise a revolt against the platforms than consumers or workers; they might have more money to invest and at stake, with less options to exit. Below are two examples of what it could look like:

1. New anti-trust legislation enables small businesses to set up co-ops to joint-purchase ads from the likes of Google and Facebook and bargain more effectively for a cheaper price and better quality. This will tackle monopolistic rent-seeking and the epidemic of fake clicks.

2. Ratings website like Tripadvisor are replaced by sites that ensure equally fair treatment of businesses rated by having the site co-owned equally by all the businesses as a co-op. This will also provide better quality information to consumers due to stronger restrictions on manipulating reviews.

Just imagine if @TripAdvisor was a #platformcoop...this could be democratically decided by its members (businesses and reviewers?) so to best serve the purpose of the platform. https://t.co/2R1UrbAMG3

Scenario 3: Co-ops anyone can easily join from anywhere in the world

Co-ops anyone can easily join from anywhere in the world   There is a paradox in co-operative businesses and globalisation. Co-operatives have a unique, central, global organisation, but there is not a single co-op with international mass membership. There is “International Co-operative Alliance”, but no “International Shareholder Owned Business Alliance”. There are 7 million Amazon Prime users in the UK and 56 million in the US, but there are no Nationwide branches in the US, even though Nationwide has 16 million members in the UK.

Only very recently, as part of the platform cooperative movement, the first co-operatives that people around the world can join, sometimes as easily as subscribing to Spotify, have emerged. I used Spotify specifically as an example, because there exists a similar music streaming platform called Resonate, that is a cooperative owned by the listeners and musicians. Platform co-operatives that can be joined just a few minutes, from any country in the world, can grow their membership faster and have bigger potential membership than any past co-operatives.

Co-op Exchange will be a co-operative that enables new members from around the world to join easily, by installing an app. They can make investments as small as 1 cent to other co-operatives. Joining it will be easier and the number of people who can join will be larger than any conventional co-operative in the financial sector. There is no credit union in the world that both an American and an Indian can join, at least as easily as downloading an app. It will be a part of an ecosystem that enables people to withdraw from the domination of the shareholder businesses and move into a new co-operative commonwealth, similar to people moving from feudalism to capitalism. People will be able to earn, spend, save and invest larger share of their money through co-operatives easier than ever.

Co-operatives with mass-membership in numerous countries will resolve the paradoxical tendency of co-operatives organising globally but operating locally. However, a new paradoxical development follows as a result of everyone online being a potential member. There will be an increase in cooperation between co-ops offering different services and competition between co-ops offering the same services. The following example explains why this is:

1. An Iowan and Californian watch a documentary film about two co-ops, one in Iowa and one in Alaska. Even if both are inspired by the film, only the Iowan has the possibility to join a coop presented in the film as a result, and even then only one of the co-ops.

2. An Iowan and an Indian watch a film about Resonate and Coop Exchange. Both can join both co-ops in just a few minutes. This can create co-operation between co-ops, as both benefit from promoting the same film.

3. An Iowan and an Indian see a film about two online, fully global credit unions offering the same services. Even if both choose to join as a result, either is likely to open an account in both. If one has better rates, more of the viewers will join it. This creates competition, as it can make more sense for both credit unions to create their own documentary film that does not promote competitors.

1) A shareholder owned platform business is converted into a cooperative
Tumblr, a website with 450 million monthly users was sold for $3,5 million. Had 0.1% of the members contributed on average 1$/month, they could have pooled together more money in less than a year. The path for platform cooperative breakthrough might happen through some sort of “cemetery auctions” of buying failed start-ups and mutualising them. This strategy could be called the “Frankenstein” or “Phoenix” strategy. The important skill here would be the ability to identify which businesses failed due to shareholder ownership, but may have succeeded as co-operatives. Perhaps one indicator could be the extent the platform is based on non-financial transactions. For example, a time banking type service where, for example, I walk your dog on Monday in exchange for you walking my dog on Tuesday, could have market demand. But since the transaction is not something that the platform can take a fee to give to the investors, it might work better as a co-operative owned by the dog walkers instead of being investor owned.

2) A conventional co-operative is converted into a platform cooperative
In an earlier article I mentioned how both in the UK and the US, fully digital credit unions are topping the bank comparison rankings. The Alliant Credit Union, 8th largest in the US, has shown how a big existing co-operative turning fully digital can result in a big success story. What if we would see two co-operative banks in different EU countries merge and open their membership to everyone in the EU, and build innovative, digital tools for democratic member control?