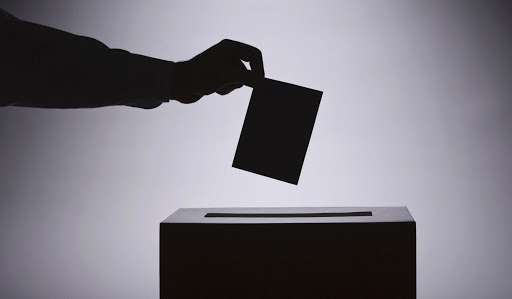 There is a paradoxical development that has been going on for decades. Globalisation has made the scope of what governments can do more narrow, but the focus of electoral politics has simultaneously narrowed to become almost synonymous with elections for positions in the government. Elections in trade unions and co-operatives receive dismally little attention. Democracy is seen as making decisions regarding laws, taxes and public spending. These tools are necessary, but alone they are limited in their ability to improve society. We need to expand our tool-kit and harness our collective imagination and intelligence to utilise not just the democratic mechanisms within governments, but also those of cooperatives and trade unions.

One well-established and often repeated observation from the academic research of cooperatives is that as cooperatives grow in membership, the share of members participation in the governance declines. This is however more of a broad tendency than a law of nature with great explanatory power.

For example, the average size of a US credit union is around 20,000 members and the average voter turnout is around 2%. The Finnish bank with the largest share of loans and deposits, OP cooperative, has 2 million members and the Helsinki branch, that has most members, had a voter turnout of 17% in the last elections. The Finnish retail giant S-Group had around 150 000 members vote in the last election, with a turnout of around 26% - up from 21% in the previous elections, even though the number of members has grown substantially.

I wrote in an earlier article titled “10 Cool Examples Of Big Co-ops Increasing Member Participation" about different ways to increase turnout. There are easy ways that have been proven to work that can and should be implemented to increase member participation.

We Own It Network

Perhaps the most brilliant example I’ve come across is the “We Own It” network. It’s a member-led, ground-up organisation seeking to revitalise elections in electric cooperatives, through organising members to stand and vote in those elections.

A great demonstration of this started in 2007, when a single member acting on his own contacted a co-op he was a member of to ask for solar incentives, and was told none existed. This wasn't just any cooperative - it was the largest electric cooperative in the US, the 300 000 members strong Pedernales Electric Cooperative. He pushed the cooperative to learn more about how it operated and how to influence its policies. The board reacted by aggressively trying to prevent him and other members to do so - including by taking the member to court. This inspired the membership to start organising by setting up an organisation that in 2008 board elections won 5 out of 7 seats on the board. The new board started distributing capital credits, that had been used to enrich the board, to the members and set out some of the boldest renewable energy targets of any electric cooperative in the country.

The fossil fuel lobby started a counter-attack, and managed to reduce the majority held by the reformists from 5 to 4 in the next election. This shows that the revitalisation of democracy can be done, even in large cooperatives against hostile management, but it needs to be more than a single campaign; it needs to be a new way of operating.

If this is possible in a cooperative with hostile management, such initiatives in the majority of cooperatives where the management is supportive or at least agnostic of greater member participation has massive potential for member-led revitalisation. In the 16 million members strong Nationwide building society, it requires a signature of 500 people to put forward a motion. In 1998, 87% of the members who voted approved a motion to donate 1% of pre-tax profits to charities, which meant £11 million last year. What if a similar motion would be put forward, but instead of donating to charities, the building society would invest 1% of its pre-tax profits to new cooperatives every year?

We Own It Going Global?

While this idea would certainly be worth considering, I wonder whether there would be potential for a global member-led online community that would coordinate a common agenda and help fund and organise election campaigns of cooperatives across different countries and industries.    Perhaps open-source enthusiasts could join to fund candidates who put forward proposals to increase the use of open source software, such as having at least 1% of software investment going to open source software. Perhaps blockchain enthusiasts could come together to think of ideas about how credit unions could utilise this new technology, and have candidates standing in credit union board elections.

The possibilities are endless. We need to unleash the imagination and utilise the wisdom of the crowds of cooperative members.

If you want to get involved