Who is Henry George?

It is paradoxical that of the great 19th century economic thinkers, it is Henry George who has fallen most in fame while his ideas have best survived the test of time.

Born to a lower middle class family, he spent his adult life struggling economically until reaching his forties, when he published a book titled “Progress and Poverty". The book sold millions of copies, more than any other book at the time, excluding the Bible. In the 1930s it was estimated that the book had a wider distribution than all other books on political economy combined.

The basic idea in the book was that the value of the land should be taxed. A 1% land value tax would mean that if you own a piece of land worth of 100$, you would have to pay 1$ each year. Taxation of real estate in most countries does include this element, but it only makes up a small share of tax revenue, except in a few countries, such as Hong Kong and Singapore. To this day, there is no tax more popular among economists from left to right than land value tax. Below are some reasons why this is.

Five reason why land value tax is the perfect tax 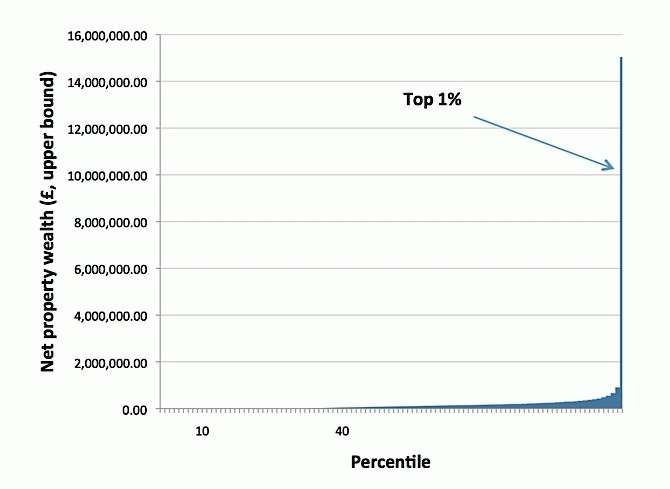 It is impossible to avoid and easy to collect. Land can’t be moved offshore or hidden in brown envelopes.

The supply of the land is not reduced

It is taxing unearned increments

It can not be shifted to the tenants

A shopkeeper can shift a tax on alcohol onto customers by increasing the price of the alcohol and holding on to his storage of alcohol, as the tax is only paid once the alcohol is sold. If a landlord tries to shift a land value tax onto tenants by holding out for higher rent, the tax is still paid in the meantime, although there is no rental income with which to pay it. So the tax increases the pressure on the landlord to find a tenant, and in order to attract a tenant the landowner is pressured to lower rather than increase the rent.

Land ownership, especially that of urban land, is one of the main factors driving inequality. Half of England is owned by less than 1% of the population. This inequality is becoming increasingly important as the value of the land relative to the GDP is growing. In 1977 the value of land and dwellings was 50% of the UK GDP. It now stands at more than 200%.

The picture below shows the inequality of property ownership in the UK. Most of the property value is in the land.

Commons and the land value tax

Value of the land is collectively produced by the community surrounding the land and this is what makes the location as valuable as it is. Yet it is privatized, with only the landowner being able to reap the benefits. This is the opposite of the commons, where, for example, an open-source software program might be produced by a single person, yet it can be used by everyone. It would therefore make sense for land value to be used to fund the commons, whether that means open-source software, open-access research, inventions that are patent free, culture that is available under creative commons, etc.

Limited equity housing cooperatives used to play a major role in Norway and Sweden. The labour movement used the model to provide affordable housing during a period of rapid urbanisation. However, beginning in the late1960s, the tenants grew increasingly hostile towards the model. They could see their neighbours who didn’t live in a housing cooperative sell their apartments for a price much higher than they could. As urbanisation had progressed, the value of the tenants apartments had grown, yet they had to sell the apartment for an affordable price. Getting rid of the limited equity model and allowing the tenants to sell their apartments for a market price was a key factor in shifting the tenants from the social democratic parties towards the right wing parties, starting the decline of the dominance that the social democratic parties had played in the countries elections.

Towards a new economic paradigm

As economic thinking is starting to adjust to explain what went so horribly wrong during the 2008 financial crisis, there is a demand for a new economic paradigm - a framework that both the left and the right can agree upon to work
within.

Two components of the new economic paradigm might be the following: