There are two new websites in the global coop online ecosystem that deserve more attention: 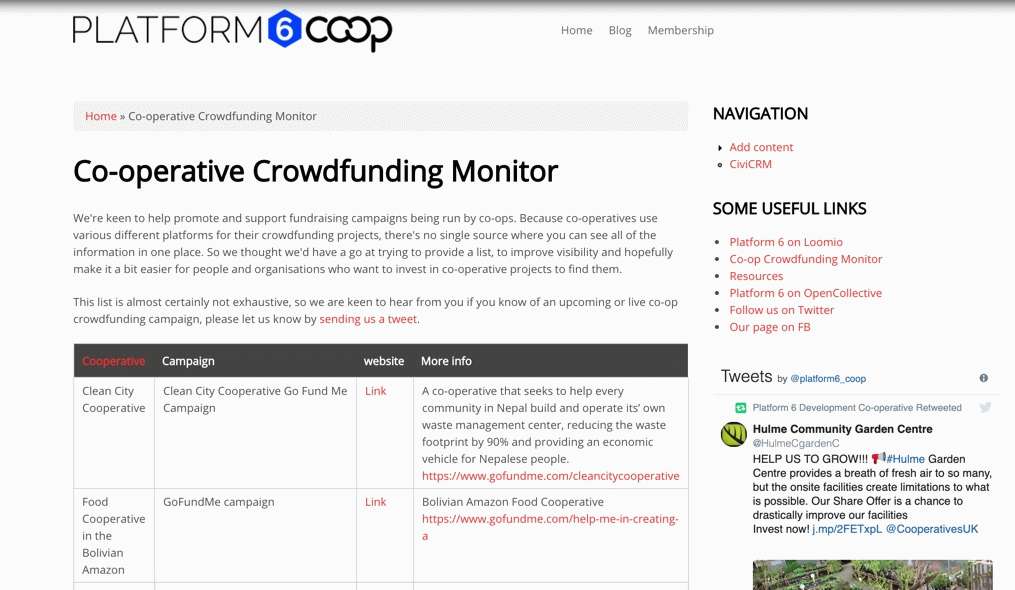 Co-op Crowdfunding Monitor seeks to collect all crowdfunding campaigns for co-ops across different platforms (whether they are in GoFundMe or CrowdFunder) in one place. It also has a Twitter account called “Co-op Crowdfunding Alerts” which tweets every time a new campaign is added to the website.

I came up with this simple idea a short time ago and want to thank Platform6 and especially Graham Mitchell for implementing it. As the website expands we will most likely have more sophisticated categorisation - such as separating permanent funding pages (such as Patreon or PayPal links) with temporary crowdfunding campaigns, as well as separating campaigns according to requirements for donors (some crowdfunding platforms might only allow people of certain countries to donate, for example) and whether the money will be an investment or a donation.

Hopefully the website and Twitter account will help the co-operatives connect with people who want to help co-operatives, especially when they need the help the most. For example, there are a few co-operative businesses that have experienced a fire on their premise that are already listed in the monitor. I am convinced that coops, when faced with such unfortunate events, will be more able to attract good samaritans to donate to them than big businesses. If a local worker owned bakery coop suffers a fire, people will be more likely to donate to help with the damage than if a local McDonalds has a fire. This is a co-operative advantage that we can grow with projects like the co-op crowdfunding monitor. 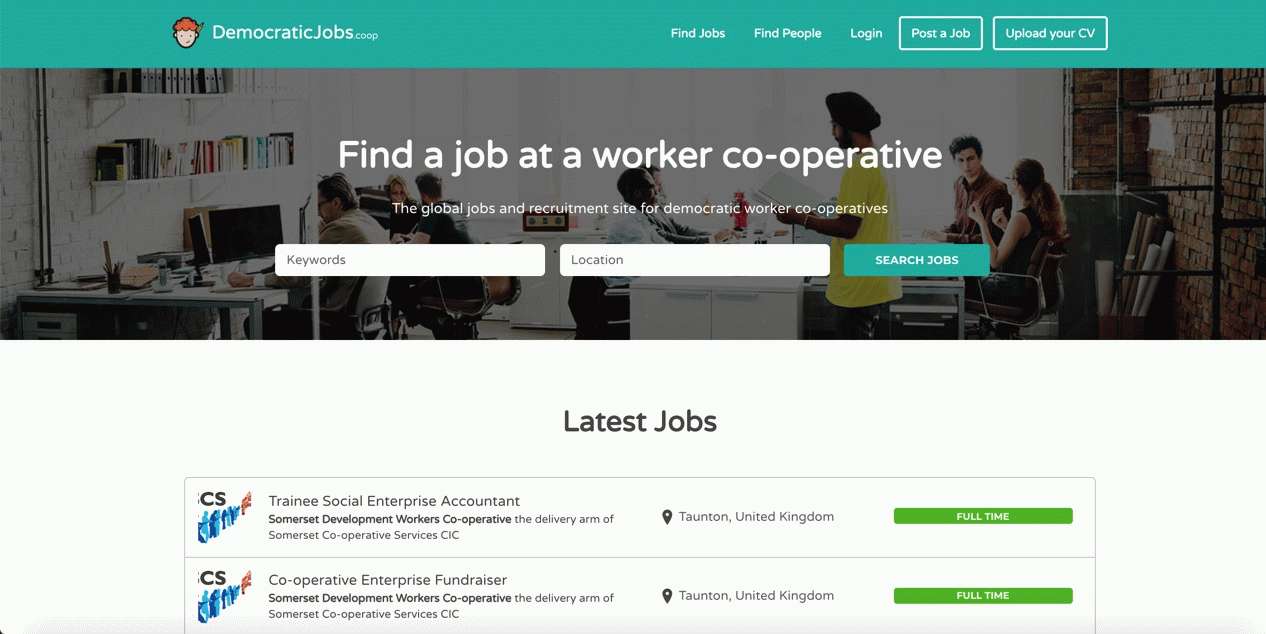 Democratic Jobs is a website for job offers in worker owned cooperatives across the world. The simplicity of the idea is what makes it so brilliant; it enables people to look for or submit a job offering in a worker owned coop alongside uploading your CV on the site.

There is a somewhat similar website, PlatformX, that will soon be launched which will offer micro tasks that can be done online, especially those that require little expertise (such as image recognition similar to Captcha or answering surveys). It seeks to become a cooperatively owned replacement for Mechanical Turk.

The future of the ecosystem

One of the most transformative contribution that platform cooperatives can give to the wider cooperative movement is the creation of truly global cooperatives. One of the strengths and traits of cooperative businesses has been their local nature - cooperatives rarely expand beyond their national borders, and when they do, more often than not the foreign subsidiaries are not themselves cooperatives, but traditional shareholder businesses owned by the cooperative.

However, some platform cooperatives are global in a more profound way - their membership is geographically scattered across the world, everyone with an internet connection being just a few clicks away from joining. Some examples include Resonate, a Spotify alternative co-owned by the musicians and the listeners, and WeCo, a link sharing and online discussion board owned by its users. Coop Exchange itself will open a new page in the history of cooperative finance by being the first cooperative in the financial sector with a truly global membership.

Across the internet, the cooperative movement is finding new ways to cooperate globally. One of the most straight-forward examples of this is the Platform6 cooperative, that allows anyone across the world to join for £1 a week. The cooperative makes all its decision online, through a software called Loomio, that is itself developed by a worker cooperative for the purpose of enabling democratic decision making for online groups. It seeks to connect people who want to support cooperatives with coops to support. We warmly recommend everyone to join here!

Coop Exchange will also be an example of a simple, straight-forward way to participate in the global cooperative ecosystem by enabling everyone around the world to invest in cooperatives with just a few clicks.

We think that the Principle 6 of cooperatives (that cooperatives should cooperate with each other) is more important now than ever before, as technology enables global cooperation to take place in new forms, with ease and scale never seen before. We are convinced that the still young and small platform cooperative sector will mushroom into an ecosystem of various work and volunteering, investment and donation opportunities for everyone in the world, reprogramming the digital economy into something that will make the current tech sector status quo look as outdated to future generations as feudalistic landlords of the past look to us.