The Crisis And Modernisation 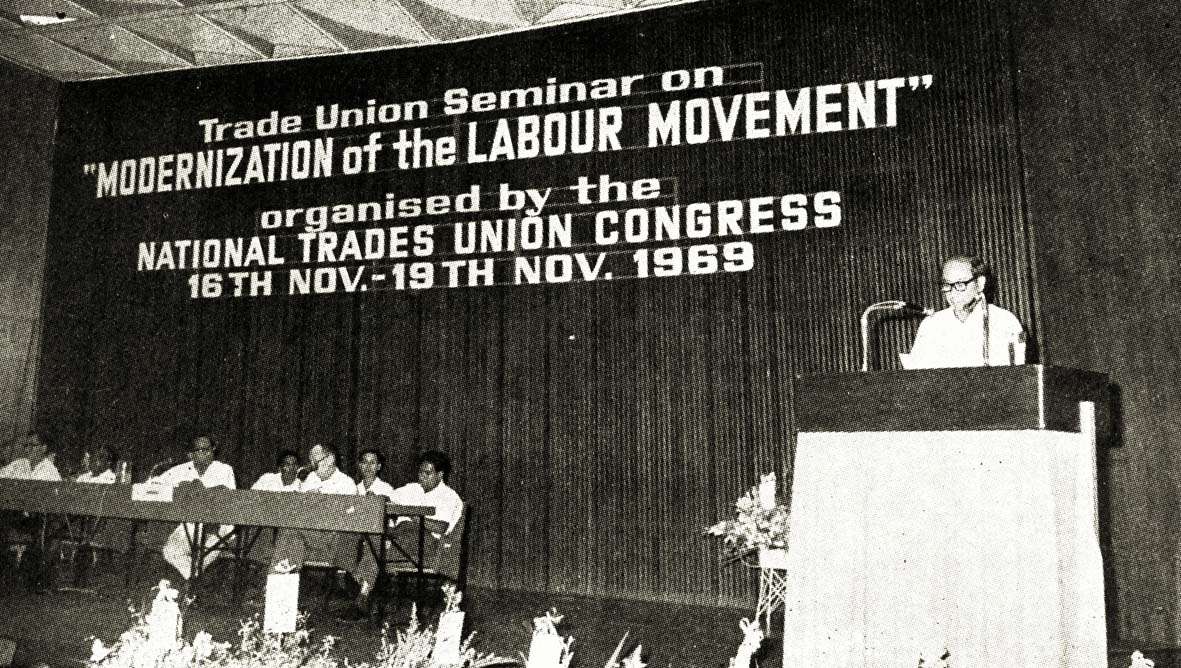 Briefly after gaining independence from the British in the late 1960s, the Singaporean trade union movement that had played an important part in the struggle for independence was in a crisis. The National Trade Union Congress (NTUC) had seen its membership decrease from 120,000 to 90,000 between 1965 and 1969. The workers felt the tactics caused more harm than benefits to them and many in the leadership felt there was a real danger of an eventual extinction of organised labour in the country.

In 1969 the movement had perhaps the most important gathering in its history, often called the “Modernisation Seminar”. As a new strategy, the unions would move from simple bargaining organisations into a wider force for economic reform, and cooperatives would play a key part in the transformation. NTUC wanted no favourable treatment from the government, but rather would utilise the existing union organisation and membership to outcompete the conventional businesses. By offering the union members tangible, practical economic benefits in their every-day life through mutual self help, the unions made themselves relevant to the workers.

In 1971 the NTUC started its insurance company, NTUC Income, serving those on low income who the established, for-profit insurance companies, saw little value in as customers. Up until then, low-income workers had often been left without insurance coverage, putting their families at risk. Today it is the largest composite insurance company in the country with over 2 million policy holders. It continues to provide help to those in need and who are not served by conventional businesses. For example, the Silvercare Autism Scheme provides coverage for children and young persons with autism; something for-profit insurance providers are not willing to do.

In 1973 the trade unions expanded into retail, establishing NTUC FairPrice to provide affordable goods to their members during the oil-crisis. The prime minister at the time, Lee Kuan Yew, was there to open the first shop. The cooperative has now expanded to become the largest retailer in the country, with about 55% market share. It has not lost its social mission - in 2018, for example, it distributed over half a million text books to students from low-income families and provided food vouchers to low-income union households.

Success And The Future

Instead of extinction, the union movement has seen its membership increase from 90,000 to over 900,000, 50 years after the Modernisation Seminar, while the population of Singapore has increased from 1.8 to 5.6 million.

NTUC has more recently established cooperatives in other fields ranging from child and elderly care to education and media, seeking to establish a cradle-to-grave ecosystem where union members can spend their money in businesses they co-own. Hopefully NTUC will see the emerging platform economy as one of the areas where they can expand their cooperative operations.

The unionisation rate is still lower than in many other countries but Singapore is a rare exception among developed countries as it’s bucking the trend of declining union membership. No doubt the Singaporean trade union movement is not perfect - but just like the NTUC has much to learn from countries with stronger unions, unions elsewhere have a lot to learn from the NTUC. Not the least in having the confidence and ambition to outcompete the conventional businesses by starting their own.